Dealing with morning sickness? Read this. 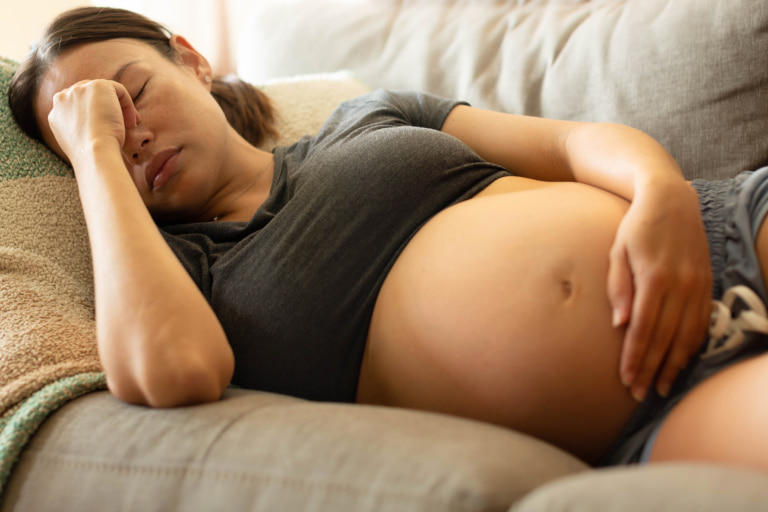 Tame the beast, bright and early. “I had to eat something as soon as I woke up or I’d be in a world of nausea. Saltine crackers, tomatoes on toast, or dry cereal always did the trick.”

Never stop nibbling. “I found that frequent, small snacks high in protein helped quell my queasiness, like crackers and cheese or dried fruits and nuts. To this day, that is still how I eat!”

Try an old standby (or its tastier cousin). “Raw ginger root tastes like the sole of a grimy boot, but sweet ginger chews gave me about thirty blissful, non-vomity minutes.”

Have at least an apple a day. “I’m not sure why, but apples were the only thing helped settle my stomach—and they had to be cold. Room temperature ones didn’t have the same effect. I kept a stash in the fridge, and ate a couple a day.”

Do some aromatherapy. “Foods didn’t help with morning sickness, but putting spearmint oil on a cotton ball and breathing it in for several seconds could calm my stomach for several hours.”

Cave to those cravings! “At times, indulging in a food craving really helped. Not all the time, but once in awhile. Mine was fried chicken. Crazy!”

Turn down the heat. I’ve always loved spicy foods—the hotter, the better! But during pregnancy, these foods, well, let’s just say they didn’t do nice things for me. I put away the cayenne pepper, swore off jalapeños, and ate milder foods. Ginger became my new best friend; it gave food flavor without giving me heartburn. Win-win.”

Keep your eye on the prize. “I just kept eating as much as I could, whenever I could, and telling myself that the nausea would end at week 12. It did!”