Symptoms Of a Miscarriage

Every pregnancy carries a risk of miscarriage. Even a healthy woman who's already had full-term pregnancies should look out for miscarriage symptoms, because around 20 to 25% of all pregnancies fail in the first 13 weeks. It's wise to be aware of miscarriage signs listed below and to get medical help should they appear.

Knowing miscarriage indicators and being mentally prepared for miscarriage, however, does not soften the heartbreak of losing a little life. If it happens to you—and there is a one in four chance that it will—you can expect to feel overwhelmed by sadness.

Unfortunately, there is no magic way to stop an early miscarriage. Usually, by the time miscarriage symptoms are noticeable, the pregnancy is no longer viable.

Sadly, there is no easy path through the grief of miscarriage, although many couples find talking about it helps a lot. Nowadays, more people are upfront about losing a pregnancy, as miscarriage is no longer the big secret it was even 10 years ago.

They key thing to remember is that the risk of miscarriage is out of your control. So don’t beat yourself up if miscarriage symptoms appear just get yourself to your health care provider. 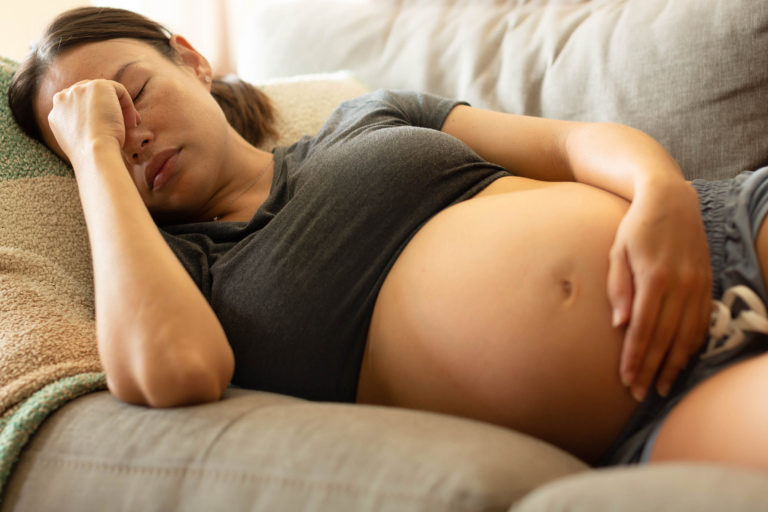 You're having a miscarriage if you've had a positive pregnancy test and then experience these miscarriage signs: It is also important to recognize the symptoms of a septic miscarriage. This occurs when a woman has an infection in her uterus and miscarries. It is dangerous for the woman's health and requires immediate medical care. Symptoms include fluid coming from your vagina that smells bad, vaginal bleeding, fever, chills, cramping, and pain in the abdomen.

Sometimes there are no miscarriage symptoms at all, and the shock of miscarriage may only be discovered during a routine scan where no heartbeat is detected.

Some women also report miscarriage indicators that aren’t necessarily physical, but emotional such as feeling down (although this could be due to falling hormone levels), or odd feelings of unease, illness, or even a strange taste in the mouth prior to vaginal bleeding starting.

There are all kinds of strange sensations, pains and pokes during pregnancy that cause moms-to-be to worry and panic.

Before you call for help, remember that most pregnancies result in a baby. Here are the most common things you'll worry over and could possibly think are miscarriage indicators: Few or no pregnancy signs can be a worry once you've had a positive test, but remember every pregnancy is different. Some women don’t even know they're pregnant for the first few months, as symptoms vary so much.