Congratulations, you are now officially pregnant. Being 3 weeks pregnant means that one of your partner's sperm and one of your eggs have combined and you are in the earliest stages of pregnancy. If, by chance, you have released two eggs and they have both been fertilized, you will be pregnant with non-identical twins. You won’t know it though; all of this activity is going on deep within one of your fallopian tubes at a tiny, microscopic level. At 3 weeks pregnant, you are still a few weeks away from starting to feel the effects that pregnancy hormones will have on your body. 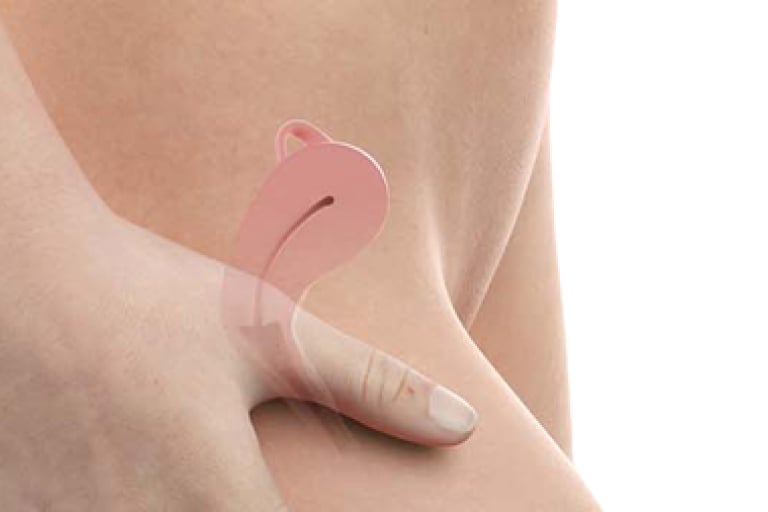 The process of fusion between your egg and a single sperm takes around 24 hours. Only one sperm makes it through to the center of the egg, although a lot battle it out to be the one and only. At the moment when one sperm is successful, the egg builds up a protective wall around itself to stop others from entering. Eventually, the other sperm give up trying. If one egg is fertilized by a single sperm and divides separately, identical twins are formed at this very early stage.

The newly fertilized egg is now officially called a zygote and it starts dividing into more and more cells, until around the third day, when what was originally two cells, have now become twelve. The zygote is still in the fallopian tube at this stage, though it is steadily finding its way down to the uterus where it will stay, hopefully for another 37 weeks or so. Little finger like projections of hair called cilia line the fallopian tube and wave the zygote along to discourage it from settling in where it shouldn’t. It takes around 60 hours for the fertilized egg to make its way down to the uterus, by which stage there are 60 cells, all with a predetermined job and a specialized function. The outer cells will form the placenta; the inner cells will form the baby.

Around a week after the egg has been fertilized in the fallopian tube, it embeds in the lining of the uterus. By now, there are 100 cells bunched together and it is called a blastocyst. At this early point, the pregnancy hormone Human Chorionic Gonadotrophin (HCG) is produced, and it is this hormone which can be detected in your urine or blood when a pregnancy test is done. If the signals to keep producing HCG aren’t received, the lining of the uterus isn’t needed and is shed in your next period.

Your physical changes this week

It is still too early for you to know that you are pregnant. Although you may be hoping you are and have stopped using contraception, it will still be a couple of weeks before you will know for certain that you could be 3 weeks pregnant.

Some women are convinced that they are able to tell as soon as they conceive. They report a strange taste in their mouth, just feeling different or odd, or a sense that something has happened. Being 3 weeks pregnant is still so early that hormonal changes probably aren’t responsible for symptoms at this stage, but we cannot discount what a lot of women swear to be true.

Nature is set up to succeed. You don’t need to be extra careful about physical activity or changing your usual routines. If one of your eggs has been fertilized, it already knows where to go and what it has to do.

Your emotional changes this week

You may be feeling slightly "on edge" because you want time to go faster so you can tell if you've been successful. Sit tight, if you are 3 weeks pregnant, this is an essential early stage of your baby's development. It cannot be rushed.

Your baby's changes this week

So far, your baby is barely the size of a pin head. It is still a cluster of cells and doesn’t look anything like what it will become. But it is rapidly dividing and multiplying over the full 24 hours of each day.

Hint for the week

If you're going to the dentist for a check-up, let them know you may be pregnant. X-Rays in the early stages of pregnancy are not recommended.

Be aware of any hazards around you. There are risks with some environmental factors such as pesticides and poisons which can have an effect on early cell division in pregnancy.

Try to avoid drinking any alcohol or taking any medication unless it has been especially prescribed for you.

Don’t forget to start taking a prenatal vitamin with a folic acid supplement included.
Now, let's see what happens in week 4 when implantation of the fertilized egg occurs.

For more information see Pregnancy or Week by Week.