The Top Royal Baby Names for Boys and Girls

With so many royal babies as of late, it’s impossible to ignore the anticipation and excitement around the reveals of their names. Royal baby names have always been classic names and they’ve stood the test of time—just look at names like Charles, Henry and Louis that have been around for centuries.

If you’re looking for a royal baby name for your upcoming bundle, get inspired by these names from monarchies around the world. 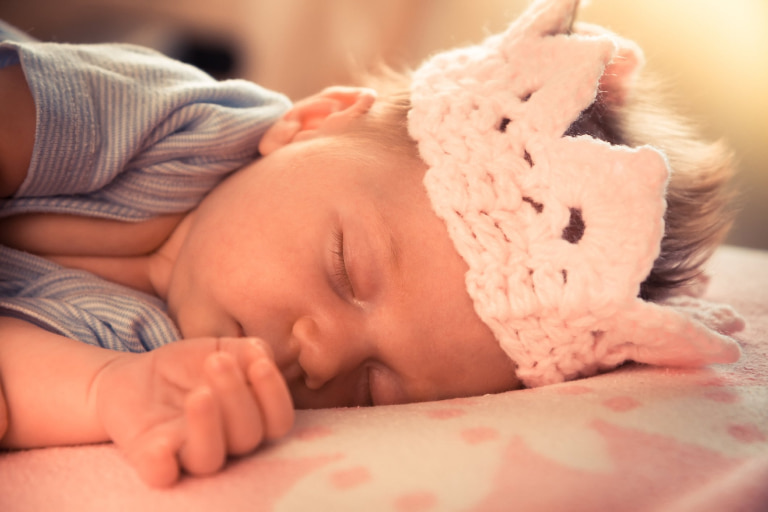 These names are sophisticated, timeless and ready for your little princess to make her own.

Adelaide: Adelaide means “noble” or “serene” in German, so it’s very fitting that several royal women throughout history bore the name. There’s even a Saint Adelaide, who is the patron saint of parents, among other things. Nickname and variants for Adelaide include Addy, Addie, Addi, Adelina and even Heidi.

Alexandra: There have been several queens and princesses named Alexandra throughout European history, including Queen Alexandra of Denmark and Princess Alexandra, one of Queen Elizabeth II’s cousins. Greek for “defender of men,” it’s one of the most versatile names for great nicknames. Sasha, Sandy, Lexie, Alex, Ali, Alix, Xani, Xandra, and more—there are actually over 60 nicknames! Related names include Alejandra and Alessia, and Alexandrina, Queen Victoria of England’s given first name.

Anne: Anne is one of the most popular names in England and it means “grace” or “peace” in Hebrew. More royal women have been named Anne than any other name. The most famous living Anne is Anne, Princess Royal, the daughter of Queen Elizabeth II. Variations of Anne include Annie, Anna and Annabelle.

Beatrice: While you might know of Princess Beatrice, Queen Elizabeth II’s granddaughter, there have also been several queens or queen consorts (someone who marries the king) named Beatrice in places such as Sweden, Portugal, Hungary and Sicily. Beatrice is French in origin and means “happy.”

Catherine: Catherine is the second most popular royal female name throughout history, with royals such as Catherine the Great, Catherine of Aragon and even Catherine, the Duchess of Cambridge bringing the name even more popularity. Greek for “pure,” there are over 30 ways to spell it in different languages, plus countless related names and nicknames. A few to consider include Katrina, Katie, Caren, Ekaterina, Kaija, Kaja, Kyla and Karia.

Charlotte: Princess Charlotte was given a strong name—her full name is Charlotte Elizabeth Diana—and apparently she has the personality to carry it. While Princess Charlotte seems mischievous, the meaning of Charlotte is “feminine” and comes from the French male name Charles. Related names include Lola, Lottie, Charlie, Carlotta, Karolina and Carol (perhaps Princess Charlotte’s name is also a nod to her grandmother, Carol Middleton!).

Constance: Constance means “constant” or “faithful” and comes from Latin. Going way far back in British royal history, William the Conqueror had a daughter named Constance. King Arthur’s mother was named Constance as well, and there were several queens throughout European history named Constance. If you want something shorter, try the nickname Connie.

Diana: Latin for “divine,” one of the most famous women named Diana was Princess Diana, mother of Prince William and Prince Harry. Princess Charlotte bears her name as a middle name, as does Lilibet, Prince Harry’s daughter. Both are a lovely tribute to their grandmother. It can be shortened to Dee or Di.

Edith: While not currently a very popular name, Edith is the name of several royal family members in Europe, including a medieval queen. Meaning “a rich gift” in German, it’s a name that could rise in popularity thanks to the current trend of giving baby girls old-fashioned names. Edie, a nickname of Edith, is somewhat popular thanks to Edie Sedgwick and Big Edie and Little Edie from “Grey Gardens.”

Eleanor: Greek for “light,” Eleanor can also be spelled many different ways, including Elenor, Elenore, Eleanore and Elinor. It was a popular name in the Middle Ages, with many of the royal and noble daughters bearing the name. (Back then it was spelled Alienor in Old English, which is an interesting way to spell it now!) The most royal Eleanor was Eleanor of Aquitaine, a daughter of Henry II, a king of England. Nicknames are short and cute for Eleanor, such as Elle, Ellie, Ela, Ella, Nora, Nori, Ora, Lee and Leah.

Elizabeth: Is Elizabeth the most royal name? There’s no scientific proof of this, but given that two of the three most famous Queens of England were named Elizabeth, there’s a good chance that’s true. Queen Elizabeth II is the longest-reigning monarch in the history of the British Royal Family, and many royal and royal-adjacent relatives bear her name. One of the best parts about the name Elizabeth (which has Hebrew, Spanish and German roots) is the seemingly endless number of nicknames. There’s the classic Eliza, Ellie, Beth, Bess, Betsy, Liz and Lizzie, but more unusual nicknames like Buffy, Bizzy, Bitsy, Betta, Eli, Bette and Elise. There are countless spellings and interpretations such as Elisabeth, Elisabetta, Isobel, Isabella, to name a few. Elizabeth has been a top name for girls for over 100 years, proving that it’s a strong and powerful name for a little girl.

Emma: While you have to go all the way back to the 10th century to find a queen named Emma in Germany, the name is often been associated with British nobility, like Emma, the title character in Jane Austen’s “Emma.” It’s actually a nickname technically for Emmeline or Amelia, but it’s very commonplace now for girls to just be named Emma. Super common, in fact: Emma has consistently been a top name for little girls in the United States for the last several years.

Gisela: Perhaps you’ve never heard of the Hungarian Queen Consort Gisela of Hungary, but that doesn’t make Gisela any less beautiful or any less royal of a name. French for “sweet pledge,” it can also be spelled Giselle or Gisele. Cute modern nicknames for Gisela could be Gigi, Ela, Issie or Zellie.

Elena: There was a Queen Elena of Italy and a Princess Helena, proving that this name is royal. It’s also considered to be revered because of Helen of Troy, one of the most beautiful women in Greek mythology. There are many related names such as Helen, Elaine, Helene, Yelena and Ellen, plus Nell and Nellie.

Isabella: Throughout history, there have been over 20 queens with the name Isabella, which means “God is my oath” in Italian. It’s the Italian version of Elizabeth that carries a lot of adorable nicknames like Bella, Belle, Isa, Izzie, Izzy and even Abby.

Jane: There were two queens named Jane in the British Royal Family, and it’s remained a very popular and timeless name throughout the centuries. An alternate spelling is Jayne, and the nickname for Jane is Janie. Jane means “grace” in Hebrew and English.

Joanna: Joanna was Queen of Spain in the Middle Ages and the name is closely related to Jane. It means “God is gracious” in Hebrew and is the feminine version of one of the most popular male names, John. While there was only one Queen Joanna, there are countless nicknames and related names for the name Joanna, such as JoJo, Jo, Anna, Janet, Janice, Joan, Jean and Jan.

Madeleine: A current princess of Sweden, Princess Madeleine is bringing the name back into fashion. In Hebrew, it means “one who is elevated.” Princess Madeleine spells her name with an extra “e,” but it’s also commonly spelled Madeline. The name is derived from Magdalene. Adorable nicknames include Maddie, Maddi, Madi, Mads and Leine.

Margaret: Another very popular name, many think of Margaret and royalty and think of Princess Margaret, Queen Elizabeth II’s fun-loving sister. There have been plenty of royals named Margaret throughout European history, such as Margaret of Anjou, wife of Henry VI, and Queen Margaret of Denmark. Greek for “pearl,” it’s a classic name that comes with a long list of nicknames: Megs, Meggie, Maggie, Mari, Madge and even Peg and Peggy. (Fun fact: Marguerite is the French spelling, and it means Daisy, so Daisy is also a nickname for Margaret.)
Mary: Another classic female name, Mary is Hebrew for “sorrowful.” It’s a Biblical name, and over 20 queens and queen consorts throughout Europe have been named Mary. Nicknames for Mary exist, including May, Molly, Polly, Mitzi and Mamie. The French Marie is a related name—Marie Antoinette cannot be left off a royal list!

Matilda: There have been five European queens named Matilda or Mathilde, and they were most likely strong women, as the name means “battle maiden” in Old German. While it’s still not a common name, it could grow in popularity as many people return to naming their daughters old-fashioned names. A nickname for Matilda is Tilly or Tillie.

Sophia: There have been seven European queens named Sophia, Sofia or Sophie, including the current queen of Spain, Queen Sophia. Greek for “wise,” it has skyrocketed in popularity in the last 10 years. Sonia and Sonja are related names.

Victoria: Queen Victoria might have been known for her small stature, but the origins of her name are Latin and mean “victorious.” She went by her nickname Drina in social circles, but the name Victoria has been synonymous with strength and beauty since her reign. Almost forty royal women throughout Europe have had the name Victoria somewhere in their given name, including the current Crown Princess of Sweden, Victoria. Vicki and Tori are both common nicknames.

These royally-inspired baby boy names are fit for a king.