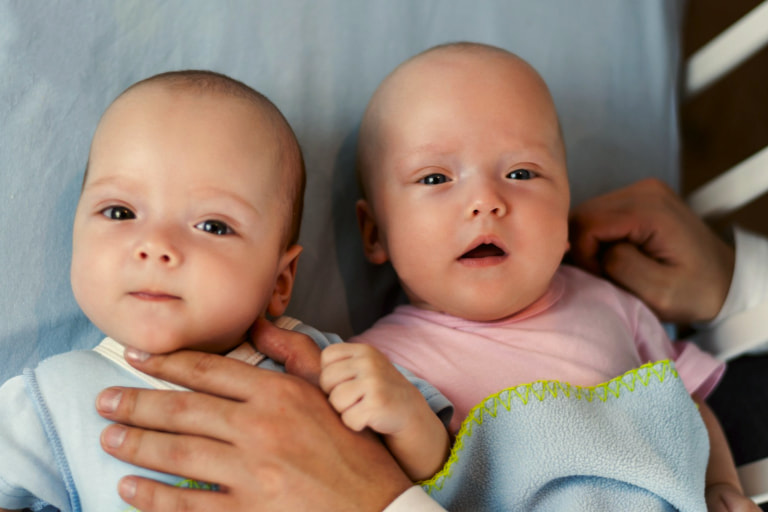 When picking a name for your baby, there are many considerations. Are you naming your baby after a family member? Is there a special meaning you wanted to convey, or name that’s always been dear to your heart? If you’re not planning to find out the gender of your baby, you may want to look into names that have both a masculine and feminine version. This can be especially cute if you’re having boy/girl twins!

In many languages adding a diminutive suffix to the masculine form of the name usually feminizes the names. Often this means adding an “a”, “ia”, or “ina” to the end of the male name to create the complementary female version. Typical examples of this pattern include:

Sometimes there are different variations of the male and female names that are not always as obvious, but are directly linked. These are names such as: Many names that were once traditionally masculine have now become more popular as girl names. In this case, the masculine and feminine versions are the same. There are also names that are spelled slightly different given their gender, but are pronounced the same. Names that fall under this category include: There are so many variations on names that can easily adapt to the gender of your new baby. Don’t be shy about feminizing a male name that you’ve always loved in order to use it for a baby girl. If you’re having multiples of different sexes you can have fun mixing and matching male and female names that derive from the same master name. You can also apply this tactic when naming siblings, so that they match up, or to correlate with your and your partner’s name.

Although choosing the perfect name for your baby can be stressful, before you know it, your baby will be responding with smiles and bright eyes every time you call their name. So don’t be afraid of creating your own version of a favorite name if it doesn’t seem to fit the traditional gender mold, you just might start the next gender-neutral trend!