Raising children isn’t for the faint of heart as any parent can tell you. There are all sorts of daily wins and daily struggles, and your parenting style is how you deal with the ups and downs. Psychologist Diane Baumrind theorized four parenting styles in the 1960s that we still use as guidance today: authoritarian, authoritative, permissive and uninvolved. She based the parenting styles on two key elements: parental demandingness and parental responsiveness. In other words, how high are expectations? And how does a parent respond when those expectations are not met? Here’s everything you need to know about each parenting style. 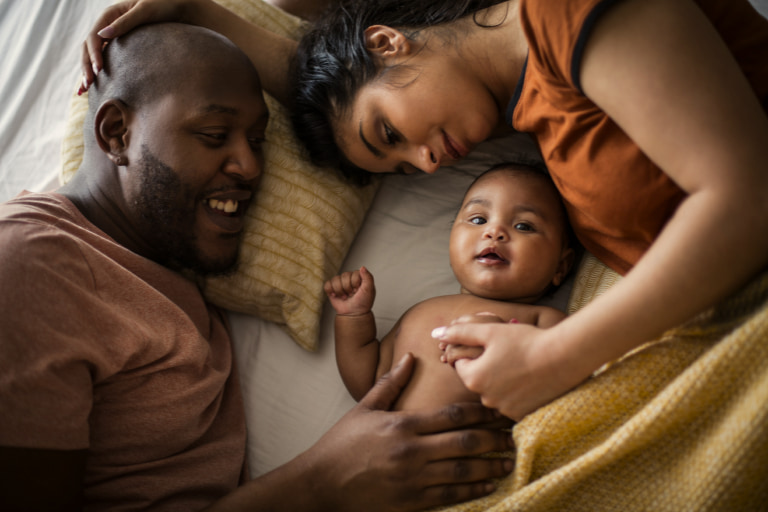 The uninvolved parent is one who doesn’t spend much time with their child or encourage them much. They meet the basic needs of shelter and food, but that’s about it. There are hardly ever any consequences because there are no rules, no guidance, and no attention. Children of uninvolved parents often end up raising themselves. The neglect isn’t always intentional and can be a matter of circumstances or lack of parenting knowledge.

Children who have uninvolved parents might feel like what they do doesn’t matter and might have low self-esteem because no one at home is encouraging them or rooting for them, and there is little to no communication. There is no love and no support and children might end up feeling like a nuisance or a burden to an uninvolved parent.

If you feel yourself setting rules and not enforcing them or letting incidents go without punishment, you might have a permissive parenting style. Permissive parenting—which can also be called indulgent parenting—means letting children figure things out on their own, and only stepping in when something very serious is going down.

Permissive parents sometimes set boundaries and rules, but don’t follow through with them on the basis of “kids will be kids” or “they’ll figure it out on their own.” That means not sticking to your guns, which can ultimately end with your child believing they’ll never have consequences to actions. Permissive parents often are seen in more of a “friend” role than a parent. There is a lot of love to go around, but very little response when kids act out. Bribery on the front end can also beis sometimes used in lieu of punishment on the back end. Children of permissive parents are often asked their opinion on major decisions, resulting in a lack of respect for authority on the child’s part as they feel they should have a say in everything.

Children raised with permissive parents might buck authority altogether because there are no consequences and rules where they come from, which could result in chronic behavioral problems and loneliness or sadness. They might have a hard time self-regulating as well.

Tactics like positive reinforcement, rewards and praise are part of authoritative parenting. The payoff is a child who feels comfortable sharing feelings, regardless of the punishment. This style of parenting sets your child up for success in the long run because they can evaluate situations more clearly in order to make good decisions. Authoritative parenting is often called the “best” parenting style approach because it has the most flexibility built into it. Parents can punish their children when needed, but children get the feedback they need in order to correct the behavior. It sets children up for good communication. There are clear expectations, but there is also clear communication as to why these expectations are to be met by the child.

No parent fits cleanly into one parenting style, and we are often a mix of several different ones, plus outside influences such as grandparents, other family members and teachers. Your parenting style might of course depend on your child’s temperament as well, as well as his or her peers and how they are parented.