If you’re planning to get pregnant, it’s time to start identifying the ovulation day in your cycle. Your chances of getting pregnant are much higher if you make sure that you have sex in the days leading up to that critical ovulation day, so identifying that particular moment is pretty important.

Unfortunately, by the time you know it is an ovulation day – it’s often too late. In as little as twelve hours, the egg will leave the body unless it has been successfully fertilized. 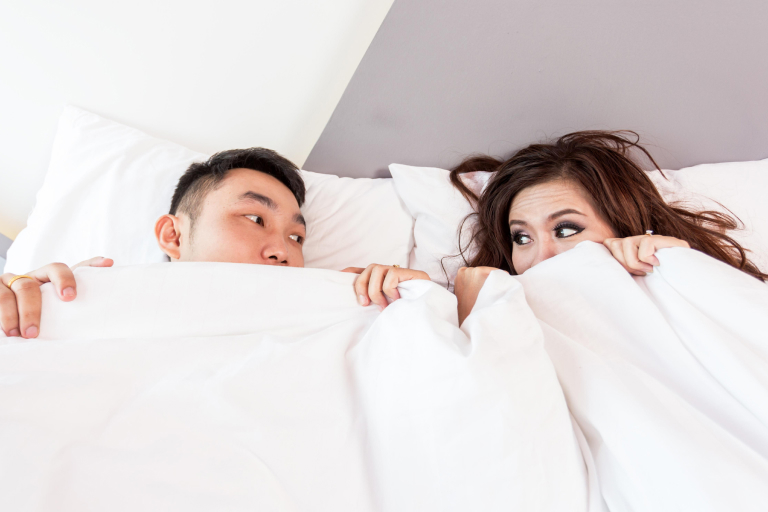 What happens on ovulation days?

Ovulation days are a critical point in the menstrual cycle. The timing of ovulation is controlled by hormones. After menstruation, in the days leading up to ovulation, estrogen levels start to rise, and in response the lining of the womb thickens, and cervical mucus becomes thinner and more receptive to sperm.

At a certain level, estrogen triggers the release of the gonadotrophin hormones, which collectively cause ovulation to occur – and an egg to be released into the fallopian tube. The combined effects of these hormones include an increase in sexual desire in women before ovulation and a rise in resting body temperature shortly after ovulation. The egg lives for around 12 to 24 hours and unless it meets a sperm in the fallopian tube, it will leave the body.

How can you identify the most likely ovulation day in your cycle?

The standard response is that ovulation occurs on Day 14 of your cycle (with Day 1 being the first day of menstruation).

This assumes that you have a 28-day cycle; but most women vary somewhat from the ‘average’ cycle. It can be very hard to identify ovulation days without having a clear understanding of your cycle, so if you can, try to chart your menstrual cycle for a few months to try to identify a pattern.

There are a number of ways that you can chart your cycle. The most effective methods combine the possible symptoms of ovulation, the tracking of your basal (at rest) body temperature and the composition of cervical mucus.

You should see a pattern after a couple of months, although ovulation does not always follow this pattern and can be affected by such factors as stress, illness, physical activity, and changes in diet.

Why many contraceptives prevent you from identifying ovulation days

There’s no point trying to chart your menstrual cycle if you are taking birth control pills, or any other form of contraception that involves the release of synthetic hormones into your body – you will not be able to identify the ovulation day in this case.

This is because the action of these synthetic hormones will override your body’s usual hormonal rhythm and, while you are taking these drugs, your body will not usually ovulate.

‘Mechanical’ contraceptives – such as condoms or non-hormone laced IUDs (intrauterine devices) or diaphragms – can still be used safely while you track your body’s usual ovulation cycle.

Why is it important to predict the ovulation day?

Planning is everything! Your body’s most fertile period starts around five days before ovulation and ends just 12 to 48 hours after ovulation. This is because sperm can live in your body for up to five days after ejaculation, while the egg lives for only between 12 and 48 hours after release.

If you have a good idea of your usual cycle and can interpret the various signs and symptoms your body usually exhibits before ovulation, you can make sure you have intercourse during your most fertile period, thus maximizing your chances of getting pregnant.

Now I know my likely ovulation day – when is the best time to have sex?

For all the science around fertility and conception, and all the research around identifying what happens when in ovulation days, there is still an enormous amount that we don’t really know.

Most general expert advice is just that – very general, and every woman’s body will be different. Because so many factors affect ovulation – and because it’s hard to identify the most likely ovulation day until it’s almost too late – the most effective strategy is to have sex regularly at least every two days throughout your cycle.

Your chances of getting pregnant are much greater if you have sex before the ovulation day rather than at ovulation or later, because by the time the sperm swim to the egg, you may have missed your ‘window.’