Risks Of a Miscarriage

With any pregnancy there is always miscarriage risk, regardless of how well the woman takes care of herself. When pregnancies miscarry it's almost always because the embryo is defective; not because the mother went clubbing, had sex, didn’t sleep, went snowboarding, or had ambivalent feelings about motherhood.

If these things increased the chances of miscarriage, then the world's population would be much smaller! The fact that babies get born in war zones to women suffering enormous stress and poor nutrition proves that healthy fetuses are resilient and not bothered by bumps, bangs, bad food or a mother's dark state of mind. 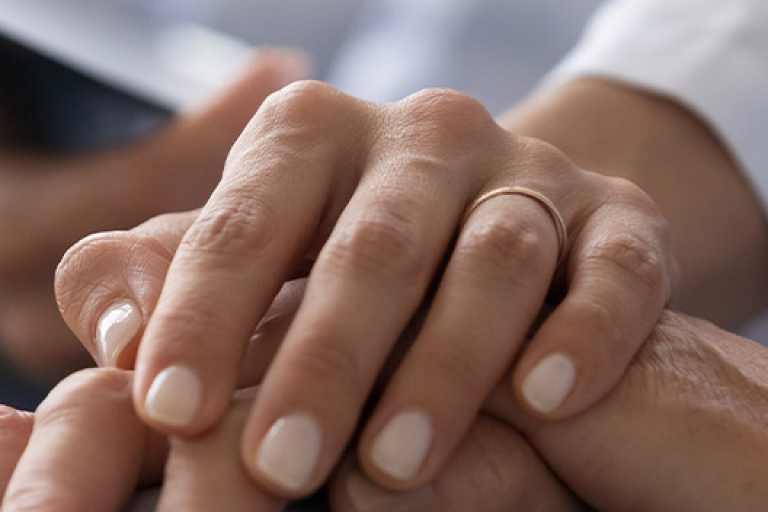 Miscarriage is more common than many people think, with many women having at least one miscarriage. Many women miscarry more than once. About 1 in 36 women will have 2 miscarriages due to nothing more than chance.

The chance of it happening decreases as pregnancy progresses. It is thought that as many as half of all pregnancies miscarry before the fertilized egg even implants in the womb.

Many people wonder if their chances of losing a baby goes up if they've already lost a pregnancy. There are many opinions about this, but a recurrent miscarriage clinic in London did a study that found miscarriage danger does relate to pregnancy history:

Aside from nature taking its course, there are other factors that may increase miscarriage danger. Some of these danger factors, such as smoking, can be avoided. Other factors such as diabetes can be controlled and managed to help reduce the danger to pregnancy.

Smoking is believed to increase the chances of not carrying your baby to term by 30 toto 50%. So, if you're planning to conceive or are pregnant already, you and your partner now have the perfect incentive quit. Moreover, if you were worried you’d put on weight if you gave up smoking, now it won’t matter so much.

As well as reducing your chances of miscarriage, your lung capacity and efficiency will improve which will become increasingly important as your growing womb pushes up against your lungs. Smoking during pregnancy also exposes your unborn baby to dangerous chemicals like nicotine, carbon monoxide and tar. They can reduce the amount of oxygen your baby gets through the placenta, causing low birth weight, damage to the baby's lungs, and even stillbirth.

Coffee is thought to increase the danger of miscarriage if you drink more than four cups a day. Although there isn’t conclusive scientific proof yet, it would be wise to be on the safe side and switch to herbal teas.

Age is a factor. Older women are more likely to miscarry because there's a greater chance of chromosomal defects.

Some chronic diseases or disorders, including poorly controlled diabetes, certain inherited bloody clotting disorder, certain autoimmune disorders such as lupus, and certain hormonal disorders such as polycystic ovary syndrome can increase the odds of miscarriage. But on a positive note, many of these conditions can be treated or at least managed. For example, if you have a blood-clotting disorder, anticlotting medication may cut your chances of miscarriage by as much as 75%.

Certain infections carry a somewhat higher risk to your baby. They include Listeria, mumps, rubella, measles, HIV and gonorrhea. Your prenatal care should include tests for infections. If risky infections are detected, your provider will recommend a course of treatment.

Abnormalities of the uterus or cervix increase your danger, including a weak or short cervix. Some abnormalities are fixable. For example, if a weak cervix has caused a previous miscarriage, a stitch applied at the end of the first trimester in your next pregnancy can stop your cervix from opening early and starting premature labor.

Exposure to toxins such as lead, arsenic, some chemicals, and large doses of radiation or anesthetic gases might increase your danger of miscarriage.

The father’s health and age may contribute to miscarriage risk. The father’s age is now believed to be almost as significant as the mother’s, with miscarriage risk increasing with father's age. Some studies have found that the danger of miscarriage also increases if the father has been exposed to mercury, lead and some industrial chemicals and pesticides.

Hormone imbalance, such as low progesterone during pregnancy, can keep the uterus from nourishing the embryo. This can be diagnosed and treated.

There are lots of myths and bogus claims about miscarriage risk, many of which were used to explain the mysteries of pregnancy before science came up with the truth.

From the dark age's right up to the present day, women have been made to feel guilt, shame, and blame for miscarriages. Even though we now know that miscarriage is usually nature stopping the development of a chromosomally faulty fetus, or due to an often-fixable anatomical problem or health condition, women still ask their doctors, “What did I do wrong?”

Here are some common myths and claims explained or debunked: