Weaning A Baby From Breast To Bottle To Pacifier

Weaning: breast to bottle to pacifier

"The campaign of 'Breast is Best' has been amazingly successful and more moms than ever are breastfeeding their babies," says Dr. Daniel Brennan, Santa Barbara Cottage Children's Hospital. "Babies benefit from receiving germ fighting antibodies from mom's milk, so even 'part-time' nursing can be beneficial."

Knowing all the advantages breastfeeding can bring, it may be even harder to break the tie. But take heart. "Weaning is a natural part of a breastfeeding relationship," says Stacey H. Rubin, MN, APRN, IBCLC. "Weaning is a process that begins when a baby is introduced to solid foods that complement breast milk in the baby's diet." 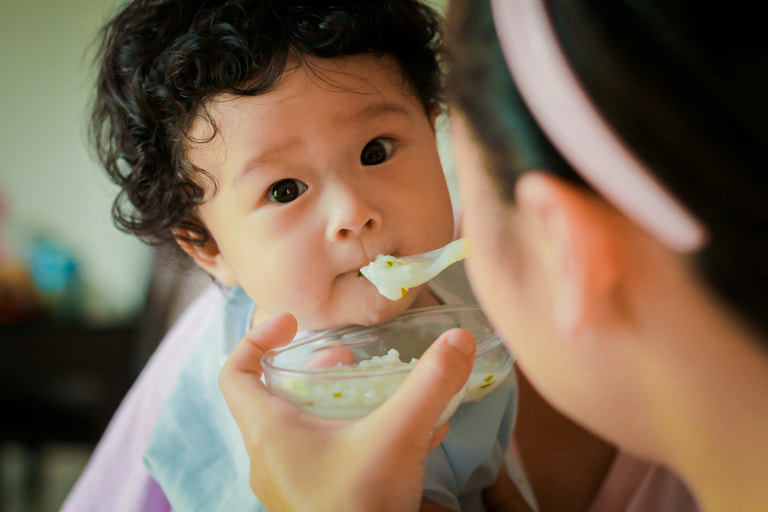 Making a plan to wean from breastfeeding varies from baby to baby. The simple answer from Dr. Brennan is, "Nurse as long as you can." Looking for a more definite timetable? According to the UCSF Children's Hospital, the rule of thumb is if you're breastfeeding for more than nine months, go straight to a cup; breastfeeding less than that or not at all, shift to a bottle before a cup.

Ready to say bye-bye to breastfeeding? Dr. Brennan offers, "My experience is that most babies will wean themselves over time as their interest in solid foods increases. I usually recommend that a mom who needs to wean before her baby starts to self-wean should try to eliminate one feeding at a time, taking their least favorite time to nurse and offering the baby a bottle or solid food."

Remember the key word in weaning is gradual; taking it at a pace that is least disruptive and most emotionally beneficial for you and your child will ultimately give you the most success in reducing dependency on breastfeeding.

The debate over the binky, or pacifier, is clearly defined. Some say pacifiers should be avoided at all costs, while others celebrate their soothing abilities. If you're one of the parents who have chosen to be binky-bound, knowing how to eventually end binky usage should be part of the plan.

Experts offer that pacifiers used with children beyond a certain age can delay speech development and interfere with teeth alignment. But, with balance between binky time and non-binky time, the decision to use a pacifier is a parental one.

When binky-loving babies reach one year old, aiming to break the binky-bond is ideally best when synchronized with increasing usage of a cup, but every toddler is different. If you can aim to chuck the pacifier around age one, and before age four, you may be able to avoid any dental development issues, which will occur around age five if the binky is still in play.

Easier said than done? If you've ever met a toddler who loves her binky, you'll know that it's going to take more than a plan to part ways with the pacifier. A successful method has been to limit binky time to sleep time, or only in certain places, like the crib. Eventually, the dependence on this pacifying plug will be a thing of the past, if you're lucky. Parents of toddlers who are having a harder time saying farewell to the pacifier may need to get creative, from having the "binky fairy" coming and taking the binky one night and leaving a prize behind, to rewarding their sweetie pie each time they choose to venture out without one.

Whether you choose to skip the bottle when you stop breastfeeding or transition slowly from bottle to cup, bidding adieu to the bottle is tougher for some toddlers than others. Weaning your princess from the bottle is important because delay in doing so negatively affects teeth health, interferes with the intake of other foods and may affect their eating habits during these vital growing years.

According to the UCSF Children's Hospital, a baby is ready for a cup when she can sit on her own, eat from a spoon, has a mealtime routine and shows an interest in solid foods. This could be at six months or between 12 and 18 months, depending on which method you choose. Whether you choose the path straight from breastfeeding or go from breast to bottle, the goal is to get your sweet pea sipping from a cup.

Weaning is both an emotional and developmental progression, be it from the breast, binky or bottle. Remember to take baby steps when teaching your tiny tot about the next stage in her growth; neither baby nor parents need to be rushed. Even when weaning is hard, it's helping her grow to be a more independent toddler. Before you know it, you'll be moving on to the next exciting milestone!