It used to be that twin pregnancy losses went undetected, in the days before early ultrasounds. This phenomena was formally recognized and named in the mid-forties as Vanishing Twin Syndrome. Many women prior to this must have been aware they were pregnant with twins but had miscarried one of them early in the pregnancy. Sometimes this became obvious when the placenta was examined after birth and the midwife or obstetrician told the mother about the other baby which did not develop. 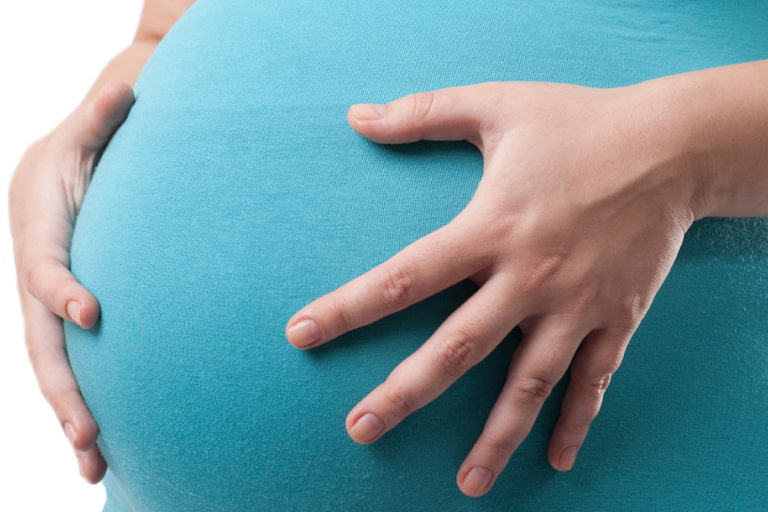 How does Vanishing Twin Syndrome happen?

When Vanishing Twin Syndrome occurs, the remains of the fetal tissue are absorbed by the remaining twin, the mother, or even the placenta. Now, with the common use of ultrasounds during pregnancy, embryos can be seen at their earliest cellular level. This has meant that from almost the moment of implantation, women can potentially become aware they are pregnant with twins.

Early confirmation of multiple pregnancy is relatively easy when two or more embryonic sacs are seen on the ultrasound screen. The earliest stage when fetal heartbeats can be visualized is at around 6 weeks of gestation. But when subsequent ultrasounds after the initial one are carried out and only one viable sac can be seen, or only one heartbeat heard, then the diagnosis of Vanishing Twin Syndrome is given.

Diagnosing a twin pregnancy is more common thanks to the widespread use of fertility assistance and closer pregnancy monitoring.

Why does Vanishing Twin Syndrome happen?

Because the twin and pregnancy sac are reabsorbed by the mother, the word “vanishing” is used. If the miscarriage happens very early on in the pregnancy, there can be no outward signs.

The truth is that medical professionals are not 100% sure why it happens but many explanations have been put forward, including Major genetic or chromosomal abnormalities—which mean that the embryo is simply not viable—or improper cord implantation.

It is thought that conception with twins or multiples occurs much more often than we are aware of. Women over the age of 30 are more likely to experience Vanishing Twin Syndrome. A conservative estimate is that it happens in around 21 to 30% of multiple pregnancies.

What can I do to prevent Vanishing Twin Syndrome from happening?

There is nothing which can be done to prevent this from occurring. The major cause is thought to be an interruption to the embryo’s developing genetic structure. This is completely out of the control of the mother or her partner.

In cases of repeated miscarriage for no obvious reason, genetic counselling may become necessary. Speak with your health care practitioner if this is an option you wish to investigate.

What are the symptoms of Vanishing Twin Syndrome?

If it occurs in the first trimester of pregnancy, there are often no symptoms at all. The mother continues to feel pregnant because she still has sufficiently high levels of pregnancy hormone to sustain the viable embryo.

However, if she has conceived through fertility assistance and is having regular blood tests, there is likely to be a reduction noted in her circulating pregnancy hormones. This may be the earliest indication that a mother was pregnant with twins or triplets, but one of them has miscarried.

Unlike a miscarriage though, the pregnant mother may not have any vaginal bleeding or uterine cramping. This really depends on the stage of pregnancy in which the miscarriage occurs.

It’s easy for mothers to interpret vaginal bleeding as a complete miscarriage and an indication that they are no longer pregnant. But if twins or triplets have been conceived and only one of them miscarried then the other baby is likely to mature in the usual way.

Unless a mother has been told she is pregnant with twins or multiples, she may not even be aware she has miscarried one of them. If, however, one of the embryos dies in the second or third trimester, there can be some increased risks with the remaining one. Premature birth can become a higher risk, as can the risk of cerebral palsy.

If the miscarriage occurs before eight weeks of gestation, the water and fluids from the miscarried embryo are reabsorbed and there is nothing to be seen. But if the miscarriage happens after this time, the tiny, compressed fetus can sometimes be seen at the birth of the other twin as they are both expelled from the uterus. This may be the first indication that twins were initially conceived though only one matured to delivery.

What about the remaining twin?

After the death of one twin the viable one is usually not impacted, though it depends on the reason why the miscarriage occurred in the first place. If it was because of the individual embryo’s chromosomal or genetic makeup, then this will not necessarily impact on the other twin, particularly if they were dizygotic or fraternal twins.

In most cases, the surviving twin is not affected by the miscarriage of the other. They continue to grow and mature to full gestation without any complications. However, recent studies have found that around 7% of women who have experienced Vanishing Twin Syndrome will deliver the other baby or babies prior to 28 weeks of gestation. There is also an increased risk of the surviving baby or babies having low birth weight. There is also potentially a greater risk of the surviving twin or triplet having health issues later in life.

If your health care practitioner is aware of Vanishing Twin Syndrome, they will monitor your pregnancy extra carefully. If you are an Rh-Negative blood group your blood will be tested for antibodies. You may need to have an injection of Anti-D after your baby is born to protect any future babies you may carry.

What is the treatment for Vanishing Twin Syndrome?

There is no specific treatment. If the other twin continues to mature and develop, there is no management for the twin who has died. If it becomes clear that both twins are no longer viable and no heartbeats can be seen, then a dilatation and curette of your uterus may become necessary.

Is it normal to feel sad?

No matter how early or late in gestation a miscarriage occurs, it is entirely appropriate for parents to feel sad. Allow yourself time and reflection, and, if necessary, counseling to work through your feelings. There is no one “right” way to feel about the loss of a baby or pregnancy and every mother’s experience is unique. Comparisons and feeling the pressure of having to put on a brave face can be exhausting.

Most importantly, seek support. Speak with your pregnancy care provider, midwife or obstetrician about counselling options.