The Symptoms of Ovulation

Once you start paying attention to your body, it's amazing how many hints it delivers about the various stages in your cycle. Ovulation symptoms can be quite noticeable and easy to detect once you learn what to look for.

Ovulation symptoms can be quite subtle. They involve your body’s normal response to the natural changes in hormones that occur at different stages of the ovulation cycle.

These symptoms often happen before ovulation and give you some really good hints that you are in your most fertile period, in the 4 or 5 days in the lead-up to ovulation. But remember, every woman is different. Her most fertile time will depend on her own individual cycle.

Some common ovulation symptoms are:

Don’t forget that any form of birth control using synthetic hormones (such as the oral contraceptive the pill, implants, or injections) will suppress normal ovulation symptoms and other signs of the different stages in your menstrual cycle. 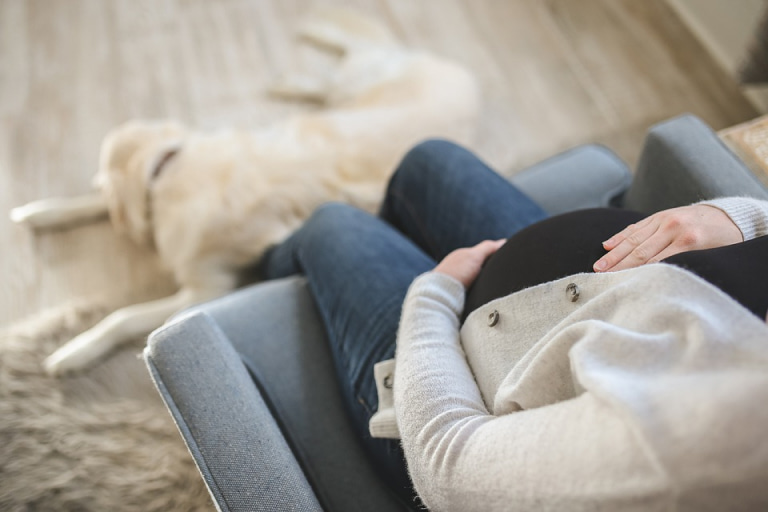 Increased libido or sexual desire as a symptom of ovulation

Many women won’t be surprised by the fact that increased libido is an ovulation symptom. It certainly makes good sense biologically.

The increase in certain hormones in the lead-up to ovulation often triggers higher-than-usual sexual desire in women. The hormones which can influence sexual desire are estrogen, testosterone, and luteinizing hormone.

If you’re planning to get pregnant, this pre-ovulation symptom of increased female libido is good news because you’re more likely to get pregnant if you have sex as often as possible in the 4 to 5 days leading up to ovulation.

There are many anecdotal reports from women who believe that they look more sexually attractive in the lead-up to ovulation, too. Estrogen can deliver plenty of side effects that may contribute to this. Some women say they put more effort into their appearance during their most fertile phase.

Change in cervical mucus as an ovulation symptom

The change in cervical mucus that occurs just prior to ovulation is one of the most consistent and reliable of ovulation symptoms in many women.

The volume of cervical mucus starts to increase as ovulation gets closer. Shortly after menstruation, cervical mucus may be sparse. It will slowly increase in volume as the days progress. At first, it will have a slightly sticky consistency and be a white or cloudy color.

In the days just before ovulation, the rise in estrogen causes an increase in cervical mucus. The mucus at this time is usually fairly clear and the texture becomes more slippery and stretchy. It is often compared to raw egg-white in color and consistency.

The cervical mucus produced in the period before and during ovulation is designed to allow sperm to move freely through the cervix and into the fallopian tubes and to help its survival until the egg is released.

To recognize a change in your cervix you need to become familiar with the usual feel of your cervix.

Supporters of this method suggest checking the cervix once a day at around the same time. The cervix is usually smooth and round and slightly firmer than the vagina. It feels like the tip of your nose and is located at the back and top of the vagina. The cervix is more easily checked with one or two clean fingers while in a squatting position.

When ovulation is close, the cervix will become higher. It can become more difficult to reach. It will generally feel softer and more open. Many women don’t feel comfortable with checking the state of their own cervix, so this is an ovulation symptom that is not commonly self-assessed.

Tender breasts as an ovulation symptom

Only some women experience tender breasts as an ovulation symptom. It's generally thought to be a side effect of high estrogen levels. Women who experience breast tenderness will usually find it occurs in a similar pattern each month.

The effects of estrogen diminish significantly after ovulation; however, they may recur in the lead-up to menstruation. If you experience breast tenderness mid-cycle, it's worth taking note of this as an ovulation symptom. Note when it occurs and to what extent so that you can use it along with the other ovulation symptoms as a guide to help you recognize your most fertile period.

Heightened senses of smell and taste as an ovulation symptom

Some women report that they experience a greater intensity of smells and tastes when they ovulate. This can be due to an increase in estrogen. When the egg has been released at the time of ovulation and estrogen levels drop this symptom generally fades.

An estimated 20% of women feel a mild cramp-like abdominal pain or twinge at the time of ovulation. This ovulation symptom has the clinical name of Mittelschmerz, which is a German phrase meaning “middle pain.”

The pain can last from a few minutes to a few hours. Some women report pain on both sides of the abdomen and other women report that the pain moves from side to side each month.

Several possible explanations for the ovulation symptoms of Mittelschmerz include:

Rise in basal body temperature as an ovulation symptom

At this time, most women will experience a rise in their resting body temperature of just less than one half degree Fahrenheit. Often, their temperature will stay a little warmer for the rest of the month.

Basal body temperature is best measured first thing in the morning, before you get out of bed, using an accurate thermometer and recording your temperature on a chart each day.